You are a Beacon, an immortal guardian of the last city on Earth. Human civilization crumbles across the system, but you and your kind are a ray of hope in a dark time.Shine bright, Beacon.

LIGHT is an action packed, rule-lite tabletop RPG. Using the LUMEN system, LIGHT captures the excitement and power fantasy of sci-fi looter shooter video games like Destiny, and brings them to the table. 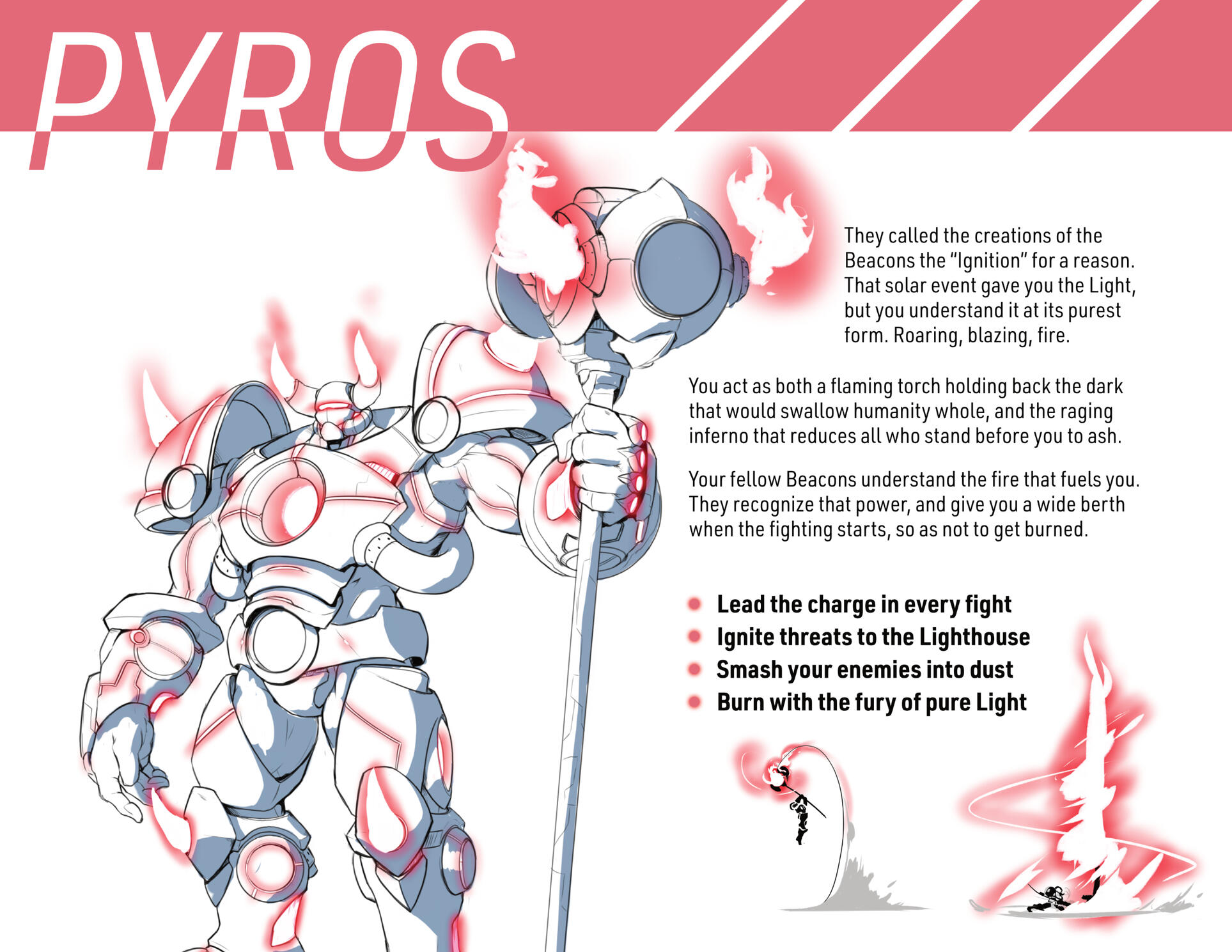 In LIGHT, you are Beacons, immortal guardians infused with nearly limitless power. Wielders of weapons and the Light, Beacons are unstoppable protectors of humanity across the Sol system.Beacons harness the Light that has ignited them, summoning devastating powers as they smash down any that stand in their path. Pillars of flame, fractal shards, and the relentless void are just a fraction of the power Beacons hold. 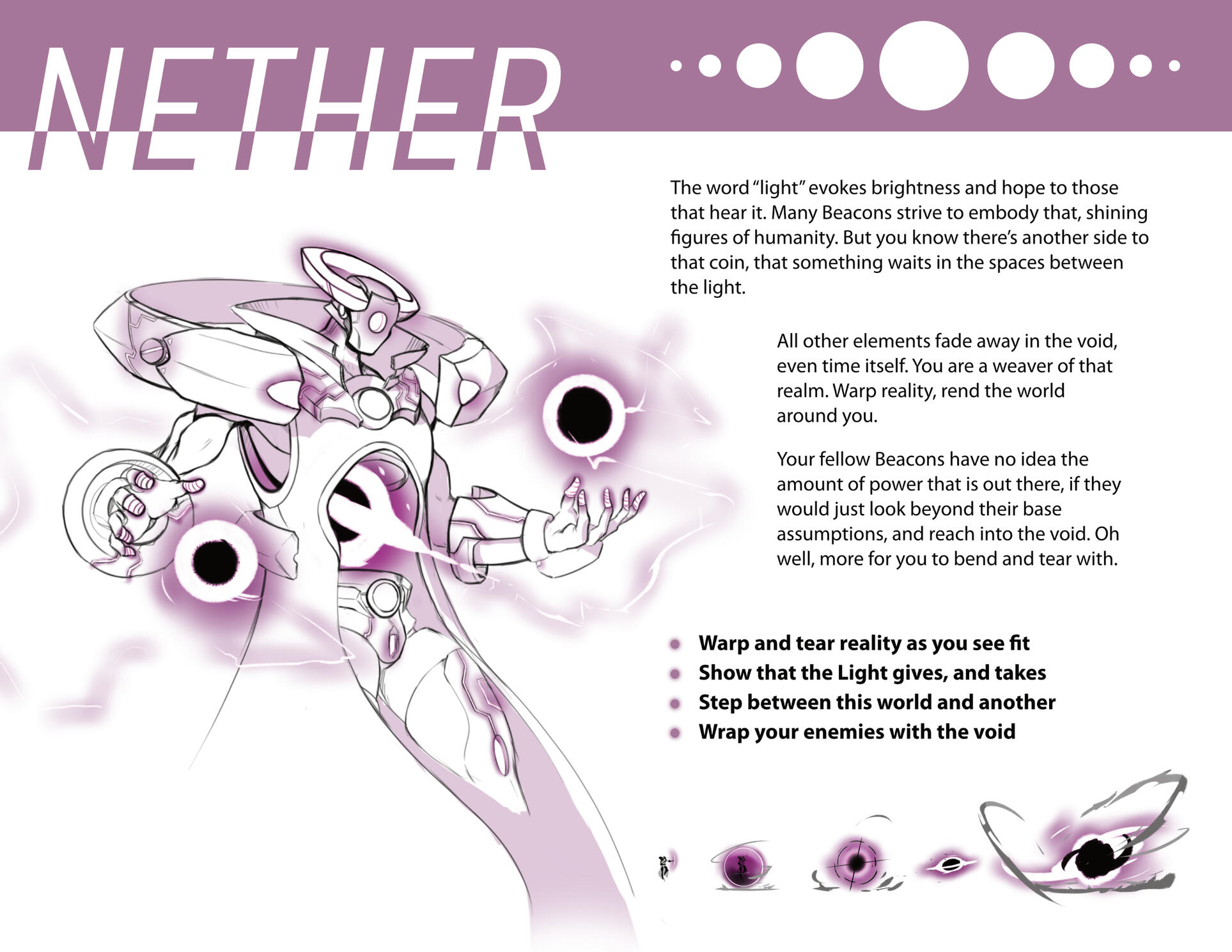 Humanity has reached a Golden Age, and has established footholds on many neighboring planets. Beacons convene at the Lighthouse on Earth, and from there, travel to wherever they are needed most.And they are needed. Forces from beyond our system have invaded, and assault humanity from every side. The bird-like alien Corvus smash down with military might, with the Dread Fleet in their wake. A cult of death magic worshippers rises in the Belt, and rumors of a species that drinks the stars themselves are spreading quickly.Humanity stands at the brink. You are all we have left.Shine bright, Beacon. 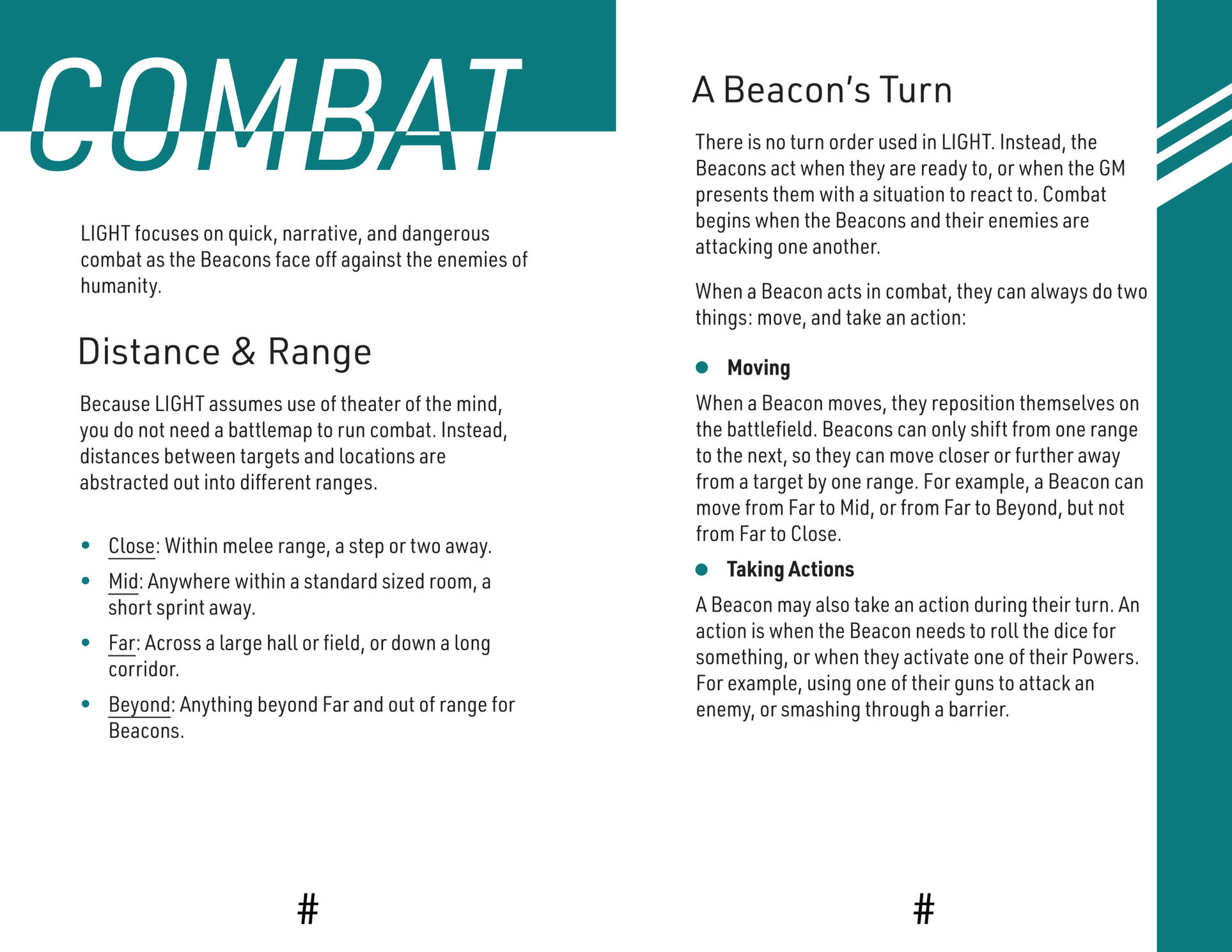 Want to see what's new with the Beacon Edition? Check out this video where Spencer covers the highlights of what makes this the best version of LIGHT.

LIGHT: Beacon Edition will be funding as both a digital and printed release. Details will be shared later, but for now you can follow Spencer on Twitter for updates, and sign up for the Gila RPGs mailing list to get notified of everything to come!

Crowdfunding for LIGHT: Beacon will begin later this year. The crowdfunding is for the definitive version of the game, called LIGHT: Beacon Edition. The rules for LIGHT have been compiled and updated to create the ultimate LIGHT experience, all in one beautiful book.The campaign will cover the costs of printing the book, getting art, layout, and a professional editor.If you want to be notified when the campaign begins, sign up for my mailing list, or check out some of the other ways to stay up-to-date.

Try Before you buy

If you want to check out LIGHT right now, you can download the pay-what-you-want version on itch.io right now!This version gives you the core rules and introduces some of the elements of the game. But! Many of these things will be changed and updated in the LIGHT: Beacon Edition. You can watch the overview of the changes in this video.

The complete version of LIGHT will be crowdfunding later this year. If you would like to receive an email notification when it launches, sign up for my mailing list!You'll get a monthly update on my projects as well as emails when games launch, including LIGHT: Beacon Edition!

If you want to get in contact with me, the best way is using Twitter or Discord. But if you'd prefer to send me an email, fill out the form below and I'll get back to you as soon as I can.